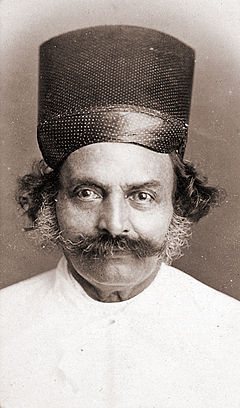 Cowasji Jehangir Readymoney came from a wealthy Parsi family. His grandfather and two great-uncles had moved in the early 18th century from Navsari, near Surat, to Bombay and had become pioneers in the lucrative opium trade with China. The brothers earned the sobriquet «Readymoney,» which they later adopted as a surname. Only Hirji Jewanji Readymoney left issue, two daughters, the elder of whom married a Banaji, and the younger a Dady Sett, both these illustrious families in their own right. The son of the former, Jehangir Hirji, married Mirbai, the daughter of the latter, and was made the heir not only of his grandfather, but of his two granduncles. The younger of their two sons was Cowasji Jehangir.[2]

Cowasji Jehangir Readymoney’s only formal education was at the (then) well-known school kept by Serjeant Sykes at one of Bombay’s forts. At the age of 15, Readymoney entered the firm of Duncan, Gibb & Co. as «godown keeper,» or warehouse clerk.

In 1837 Readymoney was promoted to the responsible and lucrative appointment of «guarantee broker» to two leading European firms in Bombay. By 1846 he was able to begin trading on his own account. In 1866 Readymoney was appointed a commissioner of income tax, his tactful management being largely responsible for the fact that this tax, then new to Bombay and unpopular, was levied with unexpected financial success.[2] 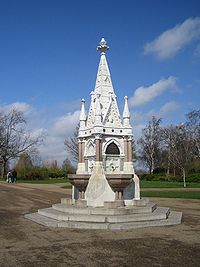 Readymoney was made a Justice of the Peace for the town and island of Bombay and a member of the Board of Conservancy.[2] He was made Companion of The Most Exalted Order of the Star of India (C.S.I) in 1871; and in 1872 he was created a Knight Bachelor of the United Kingdom[2] in recognition of his donations to the Indian Institute in London and other charitable causes in Bombay amounting to approximately £200,000. Readymoney built colleges, hospitals, insane asylums; founded a refuge for people of «respectability» who found themselves destitute or friendless in Bombay; erected several drinking fountains of artistic merit; gave donations to the Catholic and the Presbyterian missions in India. Readymoney also financed the erection in 1869 of the Readymoney Drinking Fountain in Regent’s Park, London, which was opened by the Princess of Teck, as a mark of gratitude from the Parsi community to the protection that British rule in India had given them.[3]

Readymoney had a particular association with University of Bombay and he financed the erection of several notable buildings there, including the Convocation Hall designed by Sir George Gilbert Scott.[4][5] Readymoney was also a member of the University’s Faculty of Civil Engineering and its Senate. A statue of Readymoney, by Thomas Woolner, stands on the campus grounds. There is also a small bas-relief sculpture of him at the University of Edinburgh but Readymoney’s connection to that establishment is unknown.

During his lifetime, Readymoney was known as the Peabody of Bombay. The reason for this epithet is unknown, but may be a reference to London’s Peabody Trust, since Jehangir owned several large housing estates and is said to have identified himself with George Peabody.

After a long illness, Readymoney died in 1878. His nephew and adopted son and heir, Jehangir Cowasji Jehangir Readymoney, was created a Knight Bachelor (in 1895) and a Baronet (in 1908).[2]